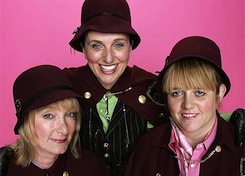 While the first reality show on television was arguably Candid Camera, which originally began airing in 1948, explosion in reality show popularity began in the summer of 2000, with shows like Big Brother and Survivor. Since then, reality shows have been launched with a focus on anything you can think of, from pawn shops to alligator hunters. Nannies and the world of private, in-home childcare are no strangers to reality programming either, with several shows featuring a private caregiver at some point or another. Whether their primary focus is the nanny industry or they simply feature a nanny from time to time, these eight shows have all featured a “real” nanny.

For parents considering the prospect of hiring their first nanny, it’s important to keep in mind that the world portrayed by reality television is subject to the skewed perception caused by sensationalist editing, prompting or even outright scripting. Few of these shows cast nannies or the private childcare industry in an accurate light, even the ones purporting themselves as documentary-style programming. Allowing your own perceptions of the industry or ideas about how nannies work to be shaped by reality shows is likely to leave you with a largely unrealistic view of private childcare.

If you enjoyed this post, please consider leaving a comment or subscribing to the RSS feed to have future articles delivered to your feed reader.
← How to Survive Your First Camping Trip with Kids | 10 Tips for Helping Kids Be Independent →