How Being Paid Under the Table Hurts Nannies 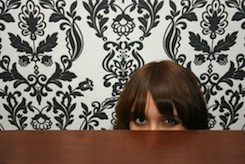 It’s estimated that only 5 to 10% of employers pay taxes on their nanny’s wages. This means that an overwhelming majority of nannies are being paid cash or under the table. While this arrangement can save the nanny money in the short term, in the long term it can cause a lot of problems. Here are some ways that being paid cash can hurt, rather than help, a nanny.

The nanny won’t be able to collect unemployment if she’s fired. When a nanny employer pays his nanny legally, he pays a variety of employer taxes, including state and federal unemployment insurance. This means if the nanny is fired, she’ll be able to file for and receive unemployment benefits. That weekly check is often the only money the nanny has coming in while she searches for a new job. Although it doesn’t replace her whole income, it does replace a large percentage of it and can be a financial life line. Nannies who are paid under the table are not entitled to unemployment. They can be fired without notice or cause and outside of any severance outlined in their nanny contract, receive no additional financial help. Of course, a fired nanny can blow the whistle on her employer for not paying her legally and hope to receive benefits after all the legal maneuvering, but that means she’ll also be blowing the whistle on herself for not reporting her income.

The nanny won’t be able to prove income. This is important for any caregiver who wants to get a credit card, rent an apartment, buy a car or get approved for a home loan. If a nanny employer doesn’t pay taxes on his nanny, the nanny has no way to prove she’s employed or how much money she earns. Even if she moves onto a job that does pay taxes, she has no credible work or income history.

The nanny won’t be able to collect Workers Compensation if she’s hurt on the job. Although not every state requires domestic employers to carry Workers Compensation, many of them do. This means that if a nanny is hurt on the job, she can receive benefits quickly and without having to sue her employer. It’s a valuable workplace right. However, nannies who aren’t paid on the books can’t collect Workers Compensation without having to first prove they were actually employed at the time of their injury. This means they have to endure the time and expense of a legal proceeding and open themselves up to the IRS penalties of failing to report their income.

The nanny won’t be able to collect disability benefits if hurt and unable to work. The same Social Security contributions that fund retirement also fund disability insurance. When a nanny is being paid legally, she is paying into the system that entitles her to collect temporary or permanent disability benefits if she becomes disabled. That means if she’s unable to work, she will be guaranteed a monthly income based on how much she contributed to the Social Security system. Nannies who are paid under the table and don’t contribute to the Social Security system are greatly decreasing the amount they can receive. Nannies who don’t pay taxes throughout their careers won’t be eligible at all. The math is simple: if you don’t pay in, you can’t collect.

The nanny is breaking the law and, if caught, will have to make up it all up. If the nanny is ever caught for not reporting her income, she will be responsible for back taxes, penalties, fines and interest. Depending on how long she’s been collecting her wages in cash in this and previous jobs, this could easily add up to thousands or even tens of thousands of dollars. For nannies who think they’ll never get caught, it’s easier than most think. Many nannies are red flagged because their employers, either personally or through their business, are audited.

So while for many nannies it can be attractive to save money by being paid in cash, it can have negative long term affects.

If you enjoyed this post, please consider leaving a comment or subscribing to the RSS feed to have future articles delivered to your feed reader.
← How Nannies Can Keep Their Business and Personal Life Separate | 10 Ways to Show Your Nanny Appreciation →